Six of us turned up for this ride which took us along the Alban Way to Verulamium Park where we explored the new cycle network and stopped for lunch in the Inn on the Park cafe. On the way we stopped for a wander round the Watercress Wildlife nature reserve on the Alban Way. 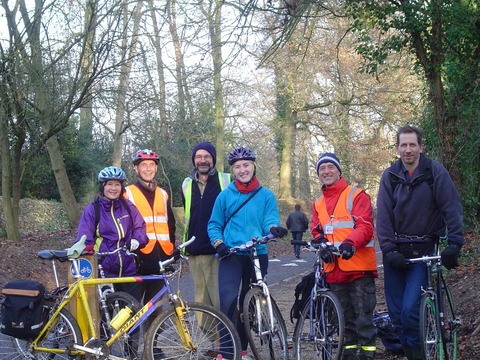 We spent a very enjoyable time pottering along various national cycle routes including Route NCN61, Route NCN57 and Route NCN12. We also explored some of the local cycle paths around Welwyn Hatfield area along with a few minor roads and a short section of rather muddy bridle path. We ended up at the Red Lion pub in Hatfield for a late lunch. 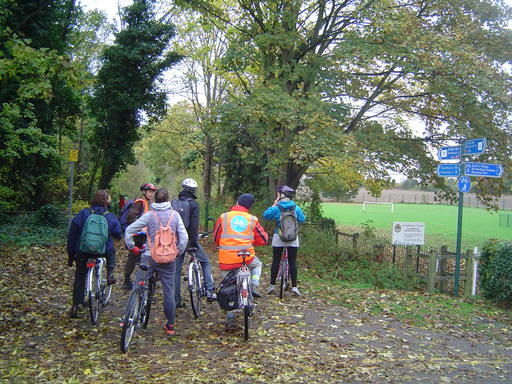 You can see the route we took here. Click the Play button at lower right to watch a replay of the route.

Or you can download a gpx trace of the route here.

More details of the national cycle routes that we used on our Cycle Routes page.

Despite the poor weather we had a steady stream of visitors to our stall looking for local cycling info and advice, maps and free cycle parking, and we checked a few bikes. We also managed a little time for tea breaks in front of our new Big Lottery funded gazebo - especially appreciated in the rain showers. 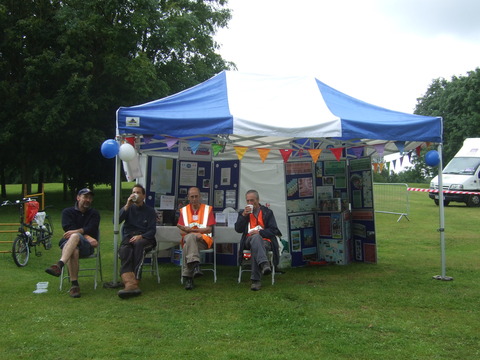 Our efforts were rewarded by spectacular cloud formations. 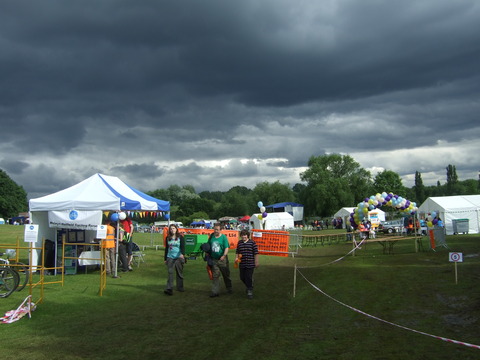 The Steam Rally was cancelled due to the site being very wet which lead to us cancelling the ride.

We had a stall at Welwyn Festival in Welwyn Village Satuday 16th June where we provided info about cycling in the local area, maps of local cycle routes and a questionnaire about why people do or don't cycle. 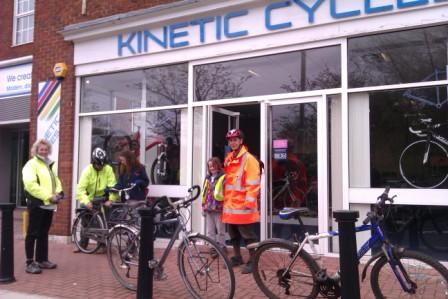 
A small group including a new family, rode from Welwyn Garden City to Colney Heath to see the North London Society of Model Engineers miniature steam railway. With the youngest rider aged 9 and nearly three quarters (and on a tandem) good speed was made to Hatfield and then on down the Alban Way. New family Mum was particularly impressed with the ultra smooth surface west of Ellenbrook, which of course sadly then ends at Smallford. We then took the bridleway to the A414 and your ride leader managed a possibly unique event in WHCF ride history, the grounding of a tandem on a large rut in the worst bit! Then it was only a few tree roots to avoid, the push over the bridge and we were there.

Sadly only one railway was in operation, so queues for rides were longer than normal, but there were some spectacular engines to see. Ride leader and son also had the novelty of a train running out of steam on a slope and needing a banking engine (ok man in orange safety vest) to get going again. And yes I still ducked at the tunnel despite knowing it really is high enough.

Due to the poor weather this ride was cancelled.

Six people, including three adult newcomers came on the ride to Shaw's Corner. We had a very leisurely ride which took about an hour each way. It was a lovely day and a very pleasant destination, which everyone appreciated. We had quite a mixed bunch of bikes with a tricycle, a dog trailer complete with dog, a Brompton folding bike, a tourer and two mountain bikes. We used an on-road alternative route to the bridle path from Ayot Green to Shaw's Corner because the bridle path was quite rough and not suitable for some of the bicycles. However we used the better surfaced bridle path back without too much difficulty. This will surely become one of our regular rides. 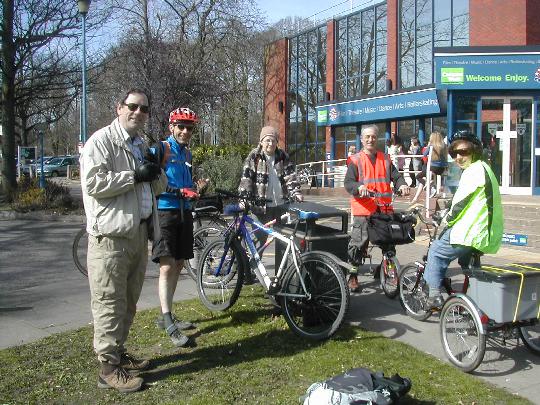 You can download a gpx trace of the route here

DIFFICULTY: Suitable for any bike and ability, but may be a little muddy in places. Route can be adjusted to suit path conditions and rider abilities on the day. Not suitable for very young child cyclists.

WHAT'S THERE: Shaw's Corner is a National Trust Property. It was home to the playwright George Bernard Shaw for more than 40 years until his death in 1950. The house has been preserved as Shaw left it. Even his clothes still hang in the wardrobe. The extensive gardens are also open for viewing, including his unique revolving writing hut.

FACILITIES: Ice Cream and Soft Drinks are available for consumption in the garden.

COST: It was free to join the ride. Entry to Shaw's Corner is half price for cyclists, that is £3 for adults and £1.50 for children.

About eight of us turned up for a leisurely ride in warm sunshine to watch wintering wildfowl on the lakes forming Amwell Nature Reserve near Ware.

The ride left from the entrance to Morrisons supermarket car park on Black Fan Road WGC, AL7 1RY at 10:00.

The route mainly consisted of off road paths forming National Cycle Network Route 61, which follows the old railway formation to Hertford and the Canal towpath through Ware to Amwell. A small section of the route through Hertford is on quiet streets. Total return distance was approximately 20 miles.

Amwell Nature Reserve is a flooded former gravel pit which supports internationally important numbers of wintering wildfowl (which is why we couldn't wait for a warm Summer day) and is said to be one of the best places to see elusive wintering Bitterns, along with many more common species. There is even a colony of Otters. We were fortunate to have one or two people who know their birds.