On Sunday 13th September 2009 the WHCF departed from Wrestler's Bridge, Hatfield and cycled along the Alban Way to Colney Heath to see the
North London Society of Model Engineers www.nlsme.co.uk where they and their families enjoyed rides on live miniature steam trains. 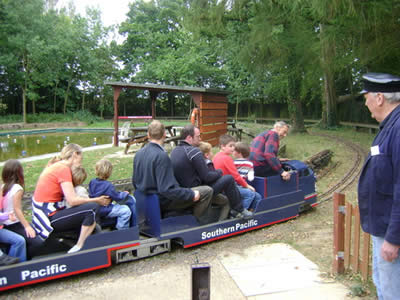 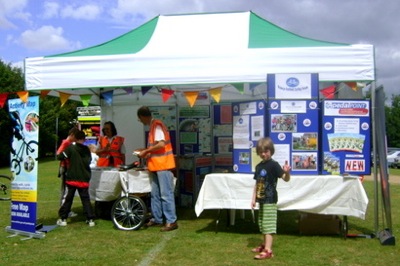 After last year's success we again ran a stall and cycle parking at the Kaleidoscope Festival 2009.

We handed out over 200 copies of the local cycle route maps pack, so many that we ran out! 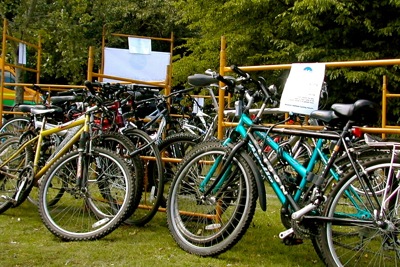 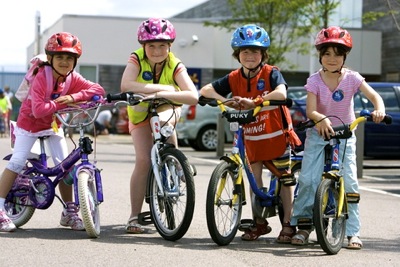 Aimed at families, groups had a map and quiz to do as they road round a 3 mile course entirely on cycle paths within Hatfield Business Park. 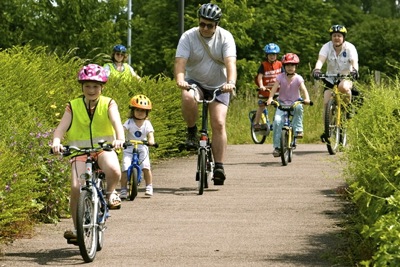 40 people took part, with the youngest rider doing the 3 miles on her push along bike.

Members of WHCF were on hand to help at major road crossings and at the Howe Dell Community Centre which was the start and finish point.

All the children were given de Havilland Partnership gym bags with various goodies including information from the police.

The photos show happy children and pleased parents, plus our guest of honour, the Mayor of Welwyn Hatfield Borough, Councilor Kim Langley. 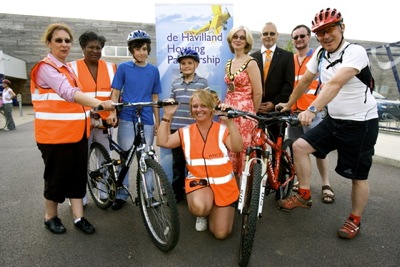 Our thanks go to all who took part, the Police for riding round and marking bikes of those attending, the Mayor for attending, Lillian Goldberg (Hertfordshire County Council) for advice from previous events and, in particular, the de Havilland Partnership Coordinator Terri Floyd whose support and help turned an idea in to a practical proposition.